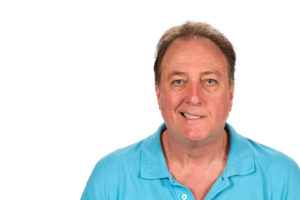 What is Bell’s Palsy?

Bell’s Palsy is an unexplained paralysis or weakness of the face, often accompanied by pain and discomfort, along with other symptoms. Bell’s Palsy usually only affects one side of the face.

About 40,000 people in the United States experience Bell’s Palsy each year. Bell’s Palsy usually resolves on its own after a few weeks, but some sufferers may not recover for up to six months. For a very few, symptoms may hang around permanently.

The exact cause of Bell’s Palsy is unknown, but it is proposed that it is caused by an immune response that triggers inflammation around the 7th cranial nerve (the facial nerve). It most commonly occurs in people between the ages of 15 and 60.

There is a strong correlation between incidents of Bell’s Palsy and:

Patients with the following conditions are at less risk, but may also want to be on the lookout for symptoms of Bell’s Palsy:

What are the symptoms of Bell’s Palsy?

Along with the one-sided facial paralysis, weakness, pain, and discomfort mentioned before, many Bell’s Palsy patients also experience:

Diagnosis of Bell’s Palsy can sometimes be difficult because the signs and symptoms mirror those of other more common conditions, such as a stroke. Your doctor will want to perform various diagnostic tests to rule out these other conditions before giving you a Bell’s Palsy diagnosis.

Severe, recurrent, or long-term cases of Bell’s Palsy may result in some changes around the eyes that require surgical intervention to correct, such as eyelid retraction or paralytic ectropion. At J. Justin Older Eyelid Institute in Tampa, we offer the procedures necessary to correct these disfiguring conditions and help you get back to your normal life after suffering from Bell’s Palsy.

How is Bell’s Palsy treated?

If your doctor thinks they know the exact cause of your Bell’s Palsy episode, they will work to cure the underlying issue. But, for most patients, since the cause of Bell’s Palsy is unknown, treatment usually involves managing symptoms.

One of the symptoms that all doctors are concerned about with Bell’s Palsy is the inability to fully close one or both of the eyes. Along with the painful drying that this causes, there is also a much higher risk of scratching the cornea. You can expect to be prescribed a regimen of eye drops, eye ointment, and maybe even a device called a moisture chamber to keep the eye protected until the symptoms resolve.

Depending on your situation and health history, your doctor and other members of your treatment team may also prescribe:

If you lean towards more holistic treatment approaches, you may want to consider:

While these alternative therapies for Bell’s Palsy have no scientific proof of effectiveness, anecdotal evidence seems promising for some patients.

Where can I get more information about Bell’s Palsy?

Give us a call at (813) 971-3846 in Tampa or (727) 343-3004 in St. Pete to schedule a consultation with our team to review your Bell’s Palsy questions and concerns. We have helped many Bell’s Palsy sufferers in the past get their confidence back after a Bell’s Palsy episode. While you’re waiting for your appointment, check out before and after photos from some of our patients to get an idea of the results you can experience with our cutting-edge treatments.

← Could My Eye Twitching Be Blepharospasm?
Why Fall and Winter is the Best Time of Year for Surgery →