Essential blepharospasm is a debilitating disorder of progressive involuntary spasms of the eyelid muscles (orbicularis oculi). Other muscles in the face or neck may be involved as well. Terms that sometimes are used in the description of this problem include dystonia (impaired or disordered muscle tone) and dyskinesia (a defect in voluntary movement). The onset of blepharospasm is typically in the fifth to sixth decade and is more common in women than in men. Although the cause of essential blepharospasm is incompletely understood, it is thought to be a result of “miscommunication” in the area(s) of the brain responsible for control of the involved muscles.

The onset of essential blepharospasm usually is preceded by an increase in blinking or squinting with progression toward repetitive forceful closure and difficulty opening the eyelids. Blepharospasm is often made worse by stress, fatigue, bright lights, watching television or driving, and social interactions. Functional blindness in the presence of an otherwise normal visual system may result. Sleep, relaxation, walking, talking and other “tricks” may alleviate symptoms temporarily.

Systemic medications have limited efficacy in treating the disease. However, some patients do benefit from such therapy alone or in conjunction with other treatment modalities. Local injection of a medication called botulinum toxin (brand names: Botox and Myobloc) last up to three months, after which time the injections need to be repeated for continued relief. Excision of the involved muscles (myectomy) can decrease blepharospasm and has been shown to be superior to procedures that remove the nerve that stimulates the spasming muscles (facial neurectomy or nerve avulsion). 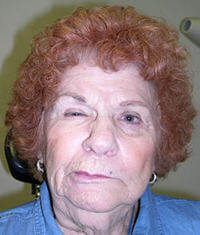 A related disorder, hemifacial spasm, involves involuntary spasms of muscles on only one side of the face. This problem usually is caused by abnormal stimulation of the facial nerve, which travels from the brain to the facial muscles. Hemifacial spasm responds satisfactorily to Botox and Myobloc injections in most patients. If the spasms are severe, a neurosurgical operation can be done to prevent the facial nerve from being abnormally stimulated.